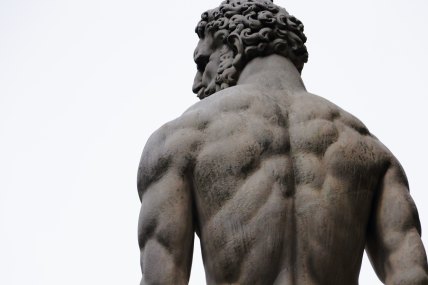 A survival mechanism is a way of being we have developed over the years, since we were a kid, to “survive” in our society. Just like animals develop survival mechanisms (in the jungle in South America, a certain type of frog is bright colorful (actually beautiful) and can’t really hide and its survival mechanism is its poisonous skin, whereas another type of frog which is not poisonous at all needs to be “invisible” and therefore has the appearance of a leave and is really hard, almost impossible to spot), human beings develop ways of being in the world to protect themselves and do well, depending on their culture, their education, their experience of life, etc… Some will stay invisible like the frog, while others will be very competitive trying to be the best at everything they do, some will not allow anyone to tell them what to do while others will spend most of their time pleasing others, etc…

It’s not a bad thing (although we tend to think it is), it’s just what worked for us. And, at least in coaching (which is Present-Future focused), it doesn’t matter so much why we developed it.  What’s important is to be aware of it, to see if and when it is empowering us, and when it is not empowering us or when it is limiting us, and then intentionally choose.

Today I want to introduce you to Apathetic Hercules, one of my survival mechanisms (yes, it’s fun to give them a name!). Apathetic Hercules is highly determined, competitive and trying to be the best at anything he does, thinks/feels he doesn’t need help, that he’s strong enough to deal with anything, that actually he should be able to deal with anything (otherwise it means he is not perfect). He is usually good at what he does, and he can leave his emotions aside to feel stronger. In this post, I will focus more on the Hercules part than the apathetic part.

Like any survival mechanism, there are some benefits to it, which is why we have developed them. In this case, it helped me be put the work, be persistent and be a successful student and swimmer at the same time, have a successful career so far. It helped me thrive to a certain point.

And like any survival mechanism, there are also some costs to it. For instance:

Of course, Hercules types are frequent amongst leaders. That part helped them get where they are. I come from the corporate/project management world and I know a bunch of them. We all know some archetype of Hercules (the bossy manager who thinks he knows it all, who has a top down approach to everything, who is not open to any feedback or new ideas, etc…) but often, it is more subtle, like in my case. If you want to see if you have some “Hercules” survival mechanism, check the following:

Actually, I believe most of us have at least a little bit of it. And it’s OK. Once again, there is nothing wrong with it. There are some great benefits to it. The issue is that when it is automatic and you don’t distinguish it, it gets in your way without you realizing it. The whole point of doing this coaching work and taking a look at oneself is to be aware and choose rather than it be automatic. And the tricky part is that it is hard/impossible to see by oneself. It’s taken me some work with seasoned coaches to start seeing this for me, to admit it and to share it.

The costs of having our survival mechanism take the wheel automatically can be very important. Some business deals haven’t been closed because the “Hercules” part thought he had it all figured out and didn’t listen to some good advice or didn’t want to compromise. Some people have been fired because they didn’t want to take a look at themselves. And some relationships may fall apart. I can see where I have overlooked some strategies in my business because of my Hercules part. I am not better than anyone else. Now I am just more aware and therefore more at cause rather than at the effect of this survival mechanism.

So, do you have some Hercules in you? To what extent? What are the benefits? How is this getting in your way?

On a side note, we usually say in coaching that our ideal client is us, so my “Hercules” clients are tricky to enroll since their first reaction will be: “I don’t need help, I am doing very well by myself” (which is true by the way), or “I understand this coaching I read about it, that’s all I need”. See the point? If this resonate with you and would like to explore, let’s schedule a phone/skype call.